Forgive me, two days after my weekend-I finally get to post my "Weekend Rewind".
Saturday: May 14, 2011- I met up with 2 of my gang girls, you know...the Downtown Dolls, for an epic adventure of Punk Rock, Violence, and Drugs in the East Village.  And not modern day "punk", we're talking the real thing...late 70s, early 80s...gritty NYC!  I'm a sucker for a good walking tour full of history; and this very rock n roll walking tour proved to be 3hrs of good stories and firsthand accounts--led by John Joseph of the Chro-mags. We of course started where any good punk rock tour should start...The Bowery.  In its heyday it was a dangerous, skid row of drugs, punks, hookers, and all things I'd find interesting.  The Bowery is the street where the now defunct CBGB's resided--I had the pleasure of going there once for a show and I can tell you I got the same goosebumps when pissing in the bathroom that I got when I was at Graceland standing on Elvis' lawn.  You might wonder why I'd have such a reaction in a bathroom, but amazing idols of mine like Debbie Harry, used that same exact stall!  (With that being said, I also got the same goosebumps when I was in Philly and found myself standing over Ben Franklin's bathroom area of his house's foundation--so yeah let's just go with NERD ALERT, right HERE!)

What's most irksome about CBGB's being gone is the fact that John Varvatos took over the building and opened a way too expensive store.  What a pity that a piece of NYC history had to go to this man! grrrr. We later walked to Niagra, or A7 (not to be confused with 7A), where we were told of the bands that used to sneak in the back entrance for afterhours and late night sets after their gigs elsewhere.  Appropriately there's a Joe Strummer mural for those not acquainted with the streets of NY; you can't really miss this building thanks to the painting. We also strolled past my favorite shit-hole bar, Mars Bar.  It's sad to know that it too is closing it's doors mostly due to rent increases, the same way that CBGBs had to say goodbye.  This place is so filthy and gross and perfectly awesome, it makes my heart hurt to see it go; yeah I like dirty bars! Our tour guide was good for lots of random personal stories that didn't have as much to do with the actual tour; but to me they were pretty humorous...I think a few of the tour-goers were getting antsy but I found the guy to be hysterical and his accounts of what went down were pretty entertaining.  Such was the case with this mosaic wall; apparently his brother stuck sticks of dynamite in the person's face in the mosaic design...and something along the lines of the dynamite flew out and busted out windows across the street.  Of course it did-what kind of story would it be if nothing exciting happened? We also stopped at the corner of the St. Mark's Bar, where the Rolling Stones filmed "Waiting on a Friend". In addition,  we stopped by the NYU dorms which used to be the famous Palladium; NYU has destroyed so much of NYC history! Just sayin'
We also saw the building that used to be Max's Kansas City-which I found awesome because I never knew where it was located at...and you might recall it (or a replica of it) in the movie "Almost Famous"...its where they're eating when they find out they're going to be on the cover of Rolling Stone magazine.
We also got to see the apartment building used for the cover of Led Zeppelin's "Physical Graffiti" album; supposedly their drug dealor (or was it Keith Richards' dealer??) lived in that building.

All in all it was really pretty awesome.  I would completely recommend a walking tour of any sort if you're visiting NY; or if you live here, why not???  I have been on something like 4 walking tours, and they're amazing!

Of course, all that walking...we dolls get thirsty.  And we're no wimps...we go straight to the bar when we're needing a thirst quencher.  Water?  pssshhhh! Of course, being a rock tour of sorts, I wasn't going to bust out my best Tommy Hilfiger threads for the trip (shit, I don't even own any Tommy, thankfully!).  No no, I went all sleaze-all the time.  Or at least nothing remotely "nice"; I mean c'mon--we got the lowdown on Mars' Bar, this is NO place for you to dress nice. Creative, yes maybe...but not nice! I opted for a feline feel to the wardrobe, clearly. Hot off the tail of my Punk Rock walking tour; I felt the need to continue the theme because I do love a good rocker look.  I had a few things, mostly serious work like stuff, planned for Sunday...but since it wasn't really my office I was going to, I could dress as I please.

And it wasn't all work, between downloading some things at my friend's house for my new computer, we grabbed a bite to eat at Beet in Park Slope.  Here I brushed up on my photography skills I just acquired in last month's photo class I took.  I hadn't used the black/white setting much, or the manual mode since the class and I definitely do not want to lose knowledge that I learned; although amateur photography-its still very important I keep up the practice wherever I go, or else I will forget what's what and I'll be stuck back in auto mode for the rest of my days. So in typical Nickie Fashion, I documented my cocktail.  Maybe I have a drinking problem, maybe I just like the booze?  I know for sure I liked the foamy stuff on top of what was basically Hawaiian Punch with lots of liquor in it.
And then I set up the camera with all the proper F-stop, shutter speed, etc for the environment in hopes that I would make it easy on my friend to photograph me really quick.  Well the picture's quality came out ok, but I'm a little off center--c'mon! After a few more downloads and some computer talk (because I don't know what the heck I'm doing with my new Macbook Pro, did I really need to get an Apple??? No, but I did WANT it!), I headed to the Dusty Rose Vintage headquarters to help style some looks for next week's photoshoot (oh yeah kids...some DRV shoots comin' up--we all love those when I post 'em right?) So I took my rock n roll butt up to Greenpoint, did some styling...then I came home and called it a night.  And that kids, that was my weekend! What kind of exciting things did you find yourself up to this past weekend???
Posted by Wild as a Mink at 10:15 AM

Fabulous outfits as always :) I'll admit I'm not into punk but Jess loves it. Especially if it's from the decades you mentioned.
Glad you had a fun weekend...
Kara XOXO

my friend & i are going 2 nyc in sept. hook a girl up, w some links about the punk walking tour, please? luv the grey outfit. 1st glance thought u might B sporting an old white lion concert t, but nope. i own leopard tights except mine R rainbow, see http://honeybeelane.blogspot.com/2010/01/fitting-in.html

Now that is the kind of tour I'd want to go on if I were visiting New York. I could read about this kind of stuff all day. I've read so much about these places and it breaks my heart that so many of them are gone for good. and FYI-I'd get excited about using the bathroom at CBGB's, Graceland and Benjamin Franklin's house too. So much history!
-Meagan
http://spunkychateau.blogspot.com

Loving all that rock'n'roll. I recently just discovered some late night radio show on the way home from Chicago that was basically a few hours of a rock history lesson centered around the Ramones and all of their influences, I was sad to have to get out of the car when I got home. This tour looks like so much fun! It's a shame that awesome places like that have to close :-(

As always, the leopard print and rocker influenced outfits are great!!!!!

That must have been the best walking tour ever! I love St. Marks/Bowery/East Village. You can always find the best bars, thrift shops, restaurants, and of course the style is awesome. Love that top from Urban, awesome!

Loving your blog, I'm following!
Have a great day!
-Ellie

Love it!The outfits, the adventures, and the fact that you documented your cocktail.

And what a shame about your favorite bar! Out here in Ann Arbor, the rent has been jacked so high, the only bars that can afford to stay in town are douchey chains like Bar Louie. We have exactly ONE dive bar left in town, the 8 Ball, which only survives because the owner actually owns the building. It's tragic, the state of rock and roll. 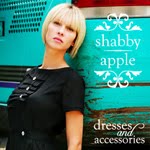